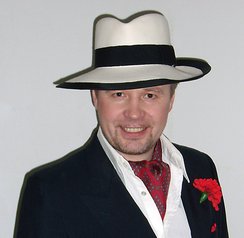 - The winner of the literary competition «Golden Feather of Russia» because of the founding of the new poetic form "Rhymed one-word liner". He has written many poems, stories, songs and plays.

He is the author of the anthology and musical program "Club 'til  40" (biographies, poems and songs of early Russian poets), as well as the novel trillers "Lust und Vergeltung" (publisher "YAM", 2014). Also, musical fairy tales "Postrel Ivanovich" (publisher "The Talking Book", Moscow, 2005) and "The Stories for Nastya" (Kazan, 2013) have been published.

His first CD "Works by Mozart, Schumann, Tchaikovsky and Rachmaninov" brought out Gamy 1998 in Germany. In 2012 his two recorded Solokonzerten in Sankt-Petersburg were released on DVD.

Here you can find the musical program "German Poetry in Russian Music".

A new form of poetry.

with singers, poets and composers.

"We sat with you" Alexander Gami

A.Gami presents the early death poets from the "Club 'till 40".